TRYING TO LOSE THOSE EXTRA UNWANTED POUNDS, BUT ARE FAILING? WE HAVE THE NEWEST WEIGHT LOSS PROTOCOL HERE!

You regularly visit the gym, but the scale’s needle isn’t moving. You increase the number of miles you run each week, but the additional roll of belly fat won’t go away. You normally keep a healthy lifestyle, watch what you eat, don’t overindulge, and drink moderately. And yes, you are fully aware of the link between weight increase and low testosterone levels. But thank you very much, your testosterone levels are fine.

There is positive news from a recent medical advancement that is enthralling the weight reduction community. The FDA approved Semaglutide, a ground-breaking weight-loss drug, in 2021. The most effective weight-loss drug ever licensed, it is the first in 14 years.
Wegovy is the brand name under which semaglutide is most frequently used for weight loss. We at Texas Men’s Health Group have created a program to assist you in losing that difficult weight. Additionally, semaglutide will be helpful if you have Type 2 diabetes (or are pre-diabetic).

Our Weight Loss Program is this easy 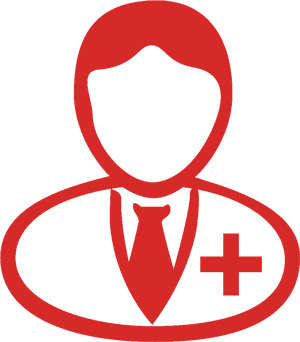 Initial Consultation with an expert weight loss professional to determine if you are a fit for our Semaglutide Weight Loss Program. If our team determines that you are a fit based on their evaluation of your health, you will be sent your prescription and our Semaglutide Weight Loss Program Journal. Take your semaglutide injections one a week and have your weekly check in call with our staff to discuss progress and any questions. Follow our program and watch the weight start to come off!

HOW MUCH DOES THE PROGRAM COST?

Your initial consultation is free

Initially created to treat Type 2 diabetes, semaglutide received FDA approval in 2017 for this use. Researchers found that Semaglutide was helping study participants shed a considerable amount of weight in addition to regulating their blood sugar during first investigations of the drug.

It imitates the effects of the hormone GLP-1, also known as glucagon-like peptide-1. This hormone delays stomach emptying, causing you to feel full more quickly and for a longer amount of time after eating. Semaglutide thereby lessens your appetite. Additionally, it controls hunger and food cravings, decreases blood pressure, and regulates blood sugar levels.

Semaglutide goes even further than that, reducing blood fat and plaque levels. Additionally, it lessens a number of diabetes-related symptoms like exhaustion, excessive urination, excessive thirst, and blurred vision.

Because Semaglutide lessens hunger pangs, those who take it eat less. So you can lose weight by combining Semaglutide with a nutritious diet and an effective workout regimen. Early studies showed that patients could lose 15% or more of their body fat in a year and that nearly half of trial subjects could lose 20% of their body weight. The even better news is that they managed to keep it off. These figures are comparable to the success rate of bariatric surgery, however Semaglutide is far safer, simpler, and less invasive for weight loss.

HOW DOES A SEMAGLUTIDE PROGRAM WORK?

Two variations of Semaglutide have received FDA approval: one for the treatment of Type 2 diabetes and the other for the management of weight loss. To achieve its effects, the weight loss management program often administers a little greater dose. Participants must be medically categorized as overweight or obese because it is not intended for those who only need to shed a few pounds.

You will learn how to administer the injections yourself once a week; semaglutide is administered via an injector pen. Starting with a modest dose of 0.25 mg per week, you’ll progressively increase over the course of a few months to a maximum of 2.5 mg per week.

SEMAGLUTIDE FOR MEN IN TEXAS – BENEFITS

Any weight-related medical conditions should significantly improve with the weight loss brought on by Semaglutide. High blood pressure, high cholesterol, abnormal glucose levels, and Type 2 diabetes are common in overweight or obese males. All of them can be prevented with semaglutide, which also improves your cardiovascular health in general. You can anticipate that your appetite will become under control if you utilize Semaglutide along with regular exercise and a balanced diet. You’ll also notice a decrease in food cravings and an improvement in your ability to regulate meal portions.

AM I ELIGIBLE FOR SEMAGLUTIDE

There is a good probability that you are qualified to benefit from this ground-breaking weight loss drug if you have been diagnosed as overweight (due to a BMI of 27 or higher) or obese (related to a BMI of 30 or higher). You qualify if you have type 2 diabetes or if your A1C level is out of control. You are also qualified if your BMI is accompanied by a diagnosis of high blood pressure or high cholesterol. Additionally, certain men with kidney or heart issues are also suitable.

If medullary thyroid cancer runs in your family, avoid taking semaglutide. You could also not be permitted to participate if you have a history or family history of thyroid or endocrine cancer.

If you’re a man in Texas looking for a great way to lose those stubborn pounds, our medically assisted weight loss program might be just what you need to finally make progress toward your ideal weight. Contact us today to see if a Semaglutide program is right for you.

Please call or complete the contact form, and we will get back to you quickly to get you in for the next available consultation.